let me know when ur work is published by elon musk

Hey guys - it’s Ashwin from Dragonfly. Appreciate the constructive discussion, and wanted to share our team’s view on this proposal.

The primary purpose of the proposal is to ensure that the LidoDAO has adequate runaway in the case of continued market volatility. The LidoDAO currently has ~75 full-time contributors with annualized operating costs totaling $16-18MM. In our view, it’s critical for the LidoDAO to have ample stablecoin reserves to meet its payroll obligations over the next 18-24 months.

Dragonfly has been an active supporter of Lido since we participated in the first treasury diversification round last year. However, due to the constrained allocation for funds outside of Paradigm, our support has been limited to strategy calls and specific requests from core Lido contributors.

That said, we’re long-term investors and are looking forward to being more active in governance assuming this diversification proposal passes. We have never sold any of our purchased LDO from the previous round (despite unlocks), and do not intend to sell LDO purchased from this treasury sale at any point over the next few years.

We have the following additional thoughts on lockup terms/pricing:

We have never sold any of our purchased LDO from the previous round (despite unlocks), and do not intend to sell LDO purchased from this treasury sale at any point over the next few years.

respect. but its well within your right to sell unlocked tokens. if theres no intention to sell for a few years, i dont think a 3 year lockup is unreasonable as it will yield the same result for dragonfly but garner more trust from the community.

eth is going back over 2k shortly

dragonfly aint the only game in town

Had a similar pov on a $5m run rate for operating expenses, $15m pushes it to 2000 ETH breakeven

The DAO should start by cutting expenses and headcount, if that’s not enough, make a call for VCs, funds, accredited investors, retail. Why was all of this done behind closed doors?
If Dragonfly plans to hold for many years, they shouldn’t have any issue agreeing to a lockup. They were in the first treasury diversification and couldn’t list a single thing they helped with, except “strategic calls and specific requests”, which was the whole point of the first round. Now all of a sudden they are looking forward to being more active if this passes…

Here is an alternative for the fund raise.

This has not been decided yet. The reason for not having a fully open public and premissionless sale has been addressed in my earlier response. Speed and uncertainty of the market. If we wait for 100% buy in from everyone, and a full public sale process and ETH or LDO drop significantly the whole thing is moot.

Who is the penultimate person or entity that is best in class and can buy $10M relatively quickly? I have been fielding meetings non-stop to try to find the local best I can in a very short window.

If the community votes for a lock up there will be a mandatory lock up. If the complaint is current LDO holder distribution, again what is your suggestion? One voice, one vote? Use stETH? That takes more time.

To reiterate, we are not perfect, but at the same time, we have built the best liquid staking protocol on the market. Hindsight is 20/20 when self reflecting and we can either continue to improve and get better or give up.

This snapshot is focused only on the 1% allocation to DragonFly and whether to add a lock up, keep the deal as it is or hold and work on a better solution.

The other 1% of the sale will be determined after this vote for simplicity, focus and speed of execution.

who the fuck writes these. the options should be “keep as listed, no lockup” or “no to dragonfly”.

they said they cant physically do a deal with lockup bc of they way their entity is structured, so lets honor that.

dragonfly said they cant do a lockup.

“its not possible, even thought its a totally normal thing in this industry” dragonfly said.

ok well great, its a 2 option snapshot then. “deal as listed, no lockup” or “no to dragonfly, good riddance”.

where are you coming up with this 1 year bullshit if they cant even do that deal?

secondaries cant be dumped on the public markets if the company is still private. so it really is not similar imo

I wrote those and Snapshot has a hard character limit. I didn’t have LDO on my wallet while mobile so Zuzu helped with the actual proposal launch.

b. The entity we’re using to purchase LDO tokens from the DAO has liquidity restrictions. This means it’s difficult for us to invest in illiquid token deals, hence the no-lockup structure of this deal.

This means it is not impossible, many funds have multiple structures. I cannot transcribe every word of every conversation on the forum.

So if the community thinks this is a non-starter without a lock up, we add a lock up. If Dragon walks then so be it. We now have more data to improve the proposal from the feedback.

we’re splitting hairs… it doesnt reasonably seem like theyre open to a lockup deal from the quote you sent.

the 3 option vote appears to be a way to push the no lockup through, as people not wanting the proposed deal would be split between no deal and 1yr lockup.

I would recommend revising the vote.

And the third option should not be “no needs more work”. its “no to dragonfly”. or else we keep voting over and over again.

b. The entity we’re using to purchase LDO tokens from the DAO has liquidity restrictions. This means it’s difficult for us to invest in illiquid token deals, hence the no-lockup structure of this deal.

I’m scratching my head trying to figure out why this would be. . .asked a lawyer who’s better at fund work and they couldn’t figure it out either

private VC funds (what Dragonfly is registered as) don’t have hard liquidity requirements, and typically don’t self-impose them either. . .it would kill the VC investment model

how do you do all your other token investments, which doubtless did require lockups? 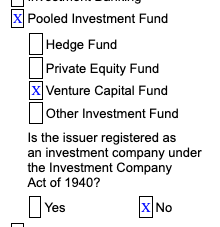 imo, the vc has already shorted on perps and fully structured the trade, so they need to cover the short if theres a large price movement upwards by selling the ldo. they think they have the votes so they probably already locked in their price.

what makes this worse is that the head dude from dragonfly apparently said on a podcast that protocols should not accept no lockup deals from vcs.

the entity is Dragonfly Liquid here. Not sure if it is the same entity as Dragonfly Ventures III, L.P. shown in the doc.